Ghana is safe but only for tourists. What about women?

Ghana is often shown as an example of the successful transition from the dependent British colony to the prosperous, safe, and gradually developing country in the Sub-Saharan region. In fact, Ghana was the first British colony that gained its independent status from Great Britain in 1957.

Since then, Ghana has come a long way and has stepped into the world of economic growth, peace, and safety. According to GOV UK, Ghana is a perfect destination for holiday spent in Sub-Saharan Africa, let alone the whole African continent. They have been only minor isolated incidents reported, particularly in local and rural areas.

In spite of its high level of safety and the fact that Ghana is one of the safest countries in Africa, domestic and sexual violence against women and girls remains Ghanian’s big and delicate problem. Recent studies indicate that almost one-third of women across all age groups experience some form of domestic violence in their lifetime. A pretty crazy high number, huh?

The forms of domestic violence in Ghana

In many cases, women and girls suffer from physical and sexual violence or a combination of both of these forms of violence. The physical domestic violence often includes kicking, slapping, twisting arms, hitting, beating up, threating, burning or choking.

Regarding the sexual form of domestic violence, victims reported that they were forced to perform sexual intercourse and other sexual practices with their husband or boyfriend against their will. In other cases, victims had to have sex because they were afraid of their intimate partners or sexual violence was used as a forcing economic power and dominance from men over women.

The domestic violence against women and girls in Ghana is not limited only to physical and sexual forms. Domestic violence can include anything from emotional and mental abuse (verbal threatening, humiliating both in front of other people, children or at home, the emotional drain and extortion, etc.) to economic supremacy of husband/boyfriend over their female partners (denying a decision-making process and power, denying access to monetary resources and it some cases even denying access to food and water).

The impact of domestic violence

Domestic violence in Ghana has an immense and long-lasting impact on the physical and mental health of women and girls and it puts them at a higher risk of infecting sexually transmitted diseases, such as HIV/AIDS, hepatitis, and others.

In the long-term, domestic violence doesn’t affect only those who are its direct victims, but it has a negative impact on a whole female African community. Domestic violence indirectly deepens and intensifies gender inequalities between men and women and makes it harder for women to access education, jobs, services, legal institutions, and participate in the decision-making processes, politics, and public matters.

Who is at risk of domestic violence?

The research also states that women and the young girls (both married and unmarried) are in a higher risk of experiencing domestic violence if their husbands/boyfriends have some kind of drug addictions (mostly alcohol) or if they experienced domestic violence performing from their fathers on their mothers when they were children.

Moreover, studies express that domestic violence occurred to a greater extent in families with more children where the perpetrators practice domestic violence on their pregnant female significant others (more pregnancies means a higher risk of domestic violence during pregnancy). Domestic violence has not been limited only to family violence, but it was shown at the workplace and in educational institutions as well.

The research also conducted that younger girls (age 15-24) are more likely to become victims of domestic violence than other age groups, regardless of their marital status.

The traditional gender roles in Ghana

It’s almost shocking that only one in every three women reports domestic violence and her intimate partner to some legal bodies. These legal bodies may be represented by formal or informal groups and organizations on a local or national level, or security bodies, such as police or Domestic Violence And Victim Support Unit (DOVVSU).

The large proportion of these women who decide to report the occurrence of domestic violence conducted on them or their children will never seek any legal services but rather confess to their trusted family members or very close friends.

The reason for that is simple. Because domestic violence almost exclusively comes from an intimate partner, this matter is considered to be private and delicate and therefore legal services are not willing to deal with it.

It is also disturbing that more Ghanian women than men believe that domestic violence on women (and in a very few cases on young men) is right and should be justified.

Two-thirds of women interviewed for research answered that they “deserved” being beaten up by their intimate partners and they justified and defended their husbands/boyfriends.

On the same note, men believe that beating their female counterparts is the right thing to do because it strengthens their gender supremacy and a dominant position they hold in a household and a family.

Because of poor education of women and men and its hard accessibility across Ghana and especially in rural areas, the Ghanian society still rather depends on cultural and historical trends and believes in a traditional dominant position of men and a submissive position of women.

The traditional gender roles among the Ghanian society suggests and conducts the behaviour patterns in families. The husbands are supposed to be breadwinners whilst wives and girls are assigned to be caretakers and to stay at home with no income, being fully economically dependent on their husbands.

Where can victims of domestic violence seek help?

To address this issue, several worldwide and international conferences and meetings were held in the past. There have been many bills that have been passed to enable women to seek legal help in a case of domestic violence.

In the case of Ghana, the domestic violence bill was passed in 2007 and incorporated into the Ghanian Constitution. In the same year, the bill became an act and it has also held a centre part in many discussions over this topic. Particularly, the bill section about marital rape was considered to be controversial.

On the other hand, more women have reported acts of domestic violence because they have been encouraged by the passed law on their protection. This could partly happen because of the establishment of the DOVVSU mentioned above.

The DOVVSU has currently over 80 offices across Ghana and more departments are yet to be built soon. The DOVVSU is unique because it cooperates with local and even international NGOs. It has also created and implemented a curriculum that is taught in primary schools. Pupils learn and are educated about domestic violence, about the importance of deconstructing blaming stigma.

In the near future, our organization Aussieghana will finish the first women shelter in Ghana that will accommodate about 24 women that are affected by domestic violence.

Once the women and their children escape domestic violence, we would like to create workshops for them and give them access to resources and education so they are able to start their own business and become financially independent on their husbands.

Our goal is to work closely with the DOVVSU and help clear cases that we can manage on a legal level. We would like to conduct greater research to discover our possibilities on how to help and empower these victims of domestic violence.

How can you help us? You can make a donation in the name of Aussieghana. The donation doesn’t have to be only financial; we welcome other kinds of support as well.

If you have a bag of old and unused clothing, toys, children’s books, shoes, sanitary pads, nappies, canned foods (particularly canned tomatoes), please contact us. Every help is warmly welcome. 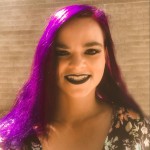 Klara is a professional freelance writer for hire. She offers a web content, blog posting, ghostwriting and copywriting. She writes for healthy lifestyle, wellness and travel websites. She focuses on veganism and the vegan diet. When she's not writing, she develops new tasty vegan recipes, travels the world or plays with her kitty. Please contact her for her online writing services on her website writtenbyvegan.com or visit her Instagram profile @writtenbyvegan.